The People's Palace of the Republic of Djibouti 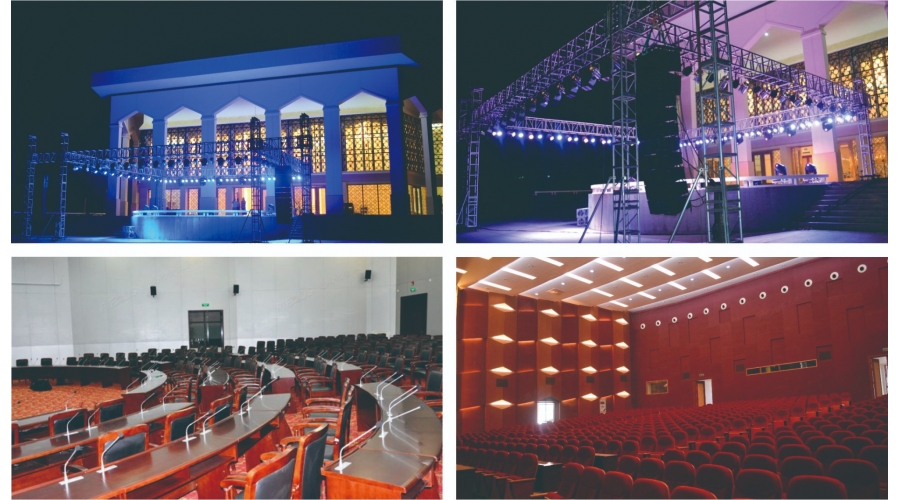 The People's Palace of the Republic of Djibouti is located in the west beach of Djibouti, facing the port and looking at the presidential palace, the environment is beautiful, the terrain is flat and the location is prominent. There are main urban roads passing on three sides, and its position is very prominent.

The People's Palace is a national multi-functional and multi-purpose comprehensive hall building which covers an area of 3.8 hectares, and with a total floor area of 9,000 square meters. It mainly consists of the 800-seat hall, 200-seat international conference hall, 200-seat banquet hall, state executive office building and various supporting buildings.

After the completion of the Project, the handover ceremony of the overall maintenance project of the People's Palace of Djibouti was held in Djibouti. The State Secretary for National Unity of Djibouti, Zahra Yusuf Kayad, the Secretary-General of the Presidential Palace of Djibouti, Ismail Hussein Tani, and the Ambassador of the People's Republic of China to Djibouti, FU Hua Qiang, attended the ceremony.The two sides signed the transfer certificate of the project.At the ceremony, the State Secretary of National Unity of Djibouti said that the overall maintenance project of the People's Palace has made the Palace a modern place with major conferences and activities through technological innovation. On behalf of the President and people of Djibouti, he thanked China for its long-term assistance to Djibouti.