On December 2, 2017, the 2nd World Mazu Cultural Forum and the 19th China Meizhou Mazu Cultural Tourism Festival were held on Meizhou Island, Putian City, Fujian Province. The Forum was co-sponsored by the Chinese Academy of Social Sciences, the State Oceanic Administration, the National Tourism Bureau, the State Administration of Cultural Relics, the Government of Macao Special Administrative Region and the People's Government of Fujian Province. The Festival, with the theme of "Mazu Culture, Marine Civilization and Humanistic Exchange", was attended by more than 300 guests from 24 countries and regions, 116 academic institutions and organizations. When studying and implementing the spirit of the Nineteenth National Congress of the CPC and the important guiding spirit of General Secretary Xi Jinping's "Protecting Meizhou Island well", the holding of the forum has injected new impetus into the further protection and promotion of Mazu culture. 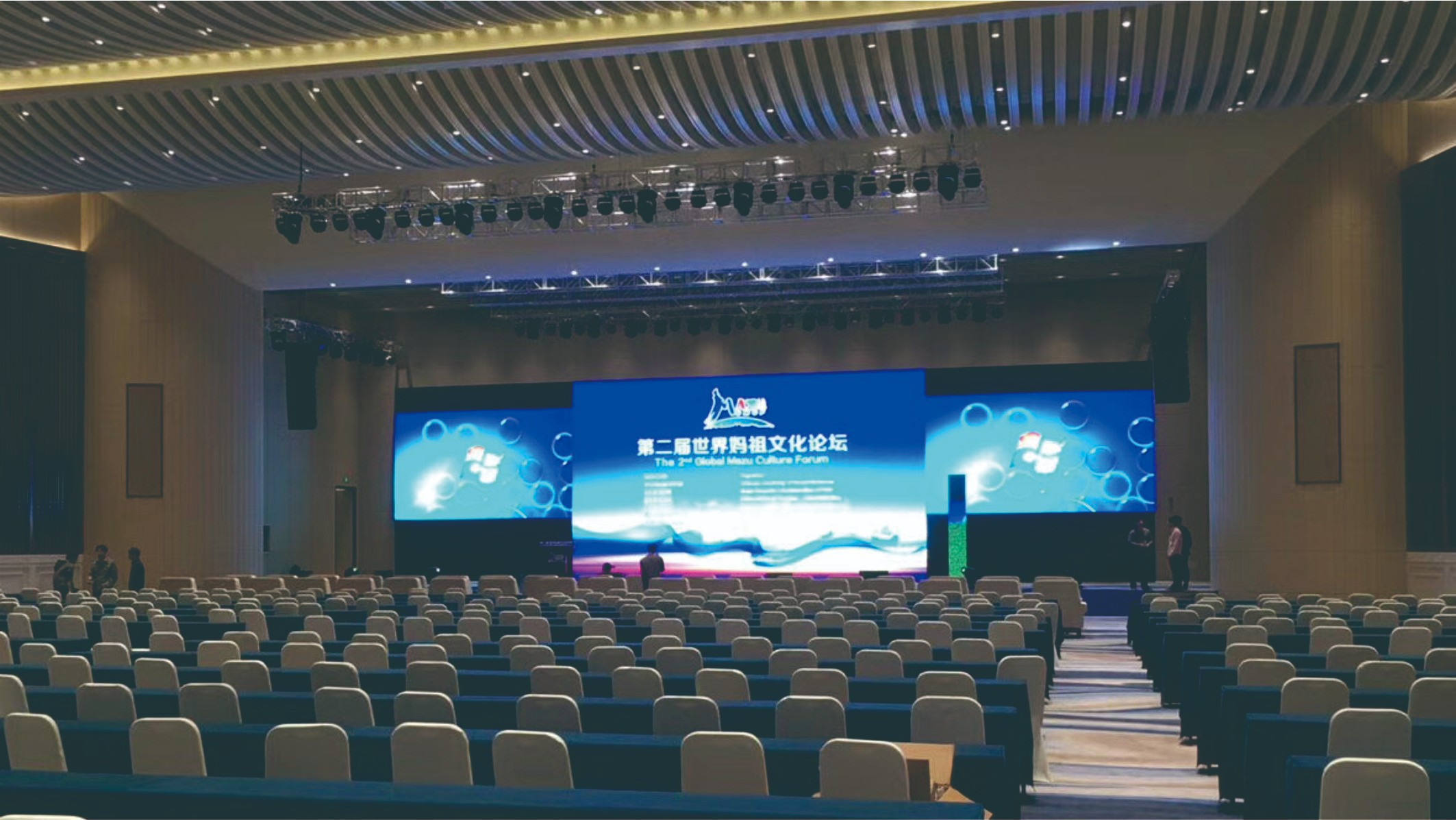 Tosyeason provided about 500 sets of conference discussion and simultaneous interpretation equipment for more than 10 conference venues. It has also provided advanced and reliable conference discussion system, simultaneous interpretation system, distributed visual interactive control system, sound reinforcement system and digital high definition recording and broadcasting system for the Forum.In order to ensure the smooth progress of the conference, Tosyeason made every effort to ensure the normal operation of the conference site equipment.According to the requirements of Party A, the specific maintenance plan and time were customized.With equipment testing and debugging before the meeting, monitoring and control of the equipment during the meeting, and equipment maintenance after the meeting, etc., every effort was made to ensure that the system is safe.